Tag Archives: You Can Leave Your Boots On

Totally falling down on the job here and forgot to mention that You Can Leave Your Boots On is only $0.99 right now.

On the bright side, Liv and I are hard at work on Hours of the Night Book 2 – so January hasn’t been a complete bust so far.

Where to Buy Boots! 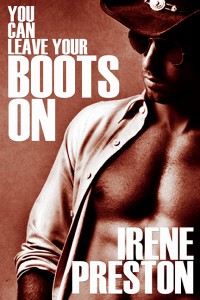 In the heart of Texas…

Liberal Austinite Travis Boyd recycles, shops local, and is partner in a successful green-building company. After his last disastrous relationship, he’ll never again date a man who’s not out. A little discretion while working for ultra-conservative clients in west Texas is hardly the same as being in the closet. Anyway, the only person he’s interested in being indiscreet with is the client’s macho son. Not happening, Trav.

Bo Vargas is a cowboy-boot-wearing, meat-eating, truck-driving ode to masculinity. He’s not gay. The men he picks up on business trips are just anonymous diversions. Travis isn’t anonymous. And there’s something about him that makes Bo want to expand his relationship options. Maybe.

When a popular dating app sends Bo and Travis on the same blind date, the night explodes in passion. One night isn’t a problem. But what will each man be willing to risk the morning after?

Comments Off on 99 Cent Boots

Tagged as 99 cent books, 99cents, sale, You Can Leave Your Boots On

Uh… it appears I forgot to post that You Can Leave Your Boots on is on sale this week.

Get it for only $0.99 through Sunday if you live in the US or UK. (sorry – this is a kindle special and those are the only countries they let me offer it).

BTW: You can subscribe to my newsletter if you want to make sure to get first crack at news like this in the future.

Comments Off on Sale! 99 cent Boots

Tagged as 99 cent books, 99cents, Kindle Unlimited, sale, You Can Leave Your Boots On 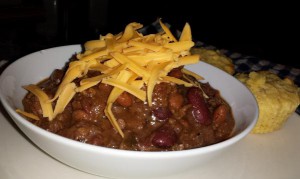 Okay, all great, except all my recipes start with browning the meat. So I consulted Mr. Google. There are tons of vegetarian chili recipes, but none looked quite like the type of chili I would normally make at home. So…. I started from scratch. I’m experimenting on y’all.   Here we go… END_OF_DOCUMENT_TOKEN_TO_BE_REPLACED