END_OF_DOCUMENT_TOKEN_TO_BE_REPLACED

It’s all about dreams this week. The weather is getting warmer and I’m dreaming of a cool fruit dessert that doesn’t keep me in the kitchen all day. Kimberly Dean brought over just the thing – a super-simple, refreshing strawberry pie. Make sure you scroll down to check out the dreamy blurb from her new novel, Dream Man and enter her giveaway for an adorable dreaming bear decoration. 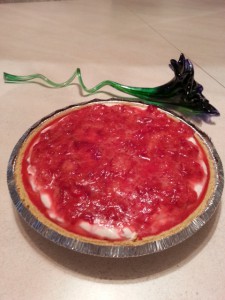 I’m all about keeping things simple.  I don’t have enough time or patience to make anything fancy, especially when it comes to food.  It’s usually gone so quickly, it just doesn’t make sense.  The funny thing is, people don’t often notice the difference.  They just know what they like!

The following recipe has been a big hit for me, and it’s easy to make.  It’s a refreshing dessert that looks so pretty, I even made it for Easter Sunday dinner.  Now my family is dreaming about it.  😉

END_OF_DOCUMENT_TOKEN_TO_BE_REPLACED

Four days until the release of A Taste of You, and I brought you a tasty treat – Valentina’s brownie recipe!

“Did your mama help you make these?”

“Well, I started with one of her recipes,” Valentina admitted, “but I changed it. And she suggested the chocolate, but she let me make a bunch of batches one day so I could try different kinds and taste them all at once. We labeled everything and made notes.”

“What chocolate did you use?”

“Bittersweet. I kept the wrapper so I can remember the name when we go to the store.”

“Serrano. I made some with chipotle, too. Jalapeño was too hot if it wasn’t chopped really fine, and I like the little pieces of pepper.”

“Your mother let you dice the peppers?”

“I can’t use the sharp knives unless she is with me. She has to stand with me and watch, not just be in the kitchen. Is it any good, Uncle Garrett?”

Valentina puts chopped chilies in her brownie – which is something I love. You can add chilies to almost any brownie recipe. In addition to the little kick of heat, they really enhance the chocolate flavor.  I have two go-to brownie recipes. This recipe makes a rich, fudgie brownie. Like Valentina, I usually put serrano peppers in mine and I like bittersweet chocolate.

END_OF_DOCUMENT_TOKEN_TO_BE_REPLACED

Comments Off on Valentina’s Brownies with Chilies Recipe

Tagged as A Taste of You, brownies, chocolate, dessert, desserts, Digital Darlings, foodie, foodie romance, Give Me a Taste, recipe