What’s better than one free book? FOUR free books! I intended this post to be about the GoodReads Giveaway I’m running to celebrate the release of INFAMOUS in bookstores February 18th.  Then I realized that three of my friends (all local Austin authors) have give-aways on Goodreads right now. It only takes seconds to register for all four – so use the links below to head on over RIGHT NOW!

Giveaway #1 – Paperback copy of INFAMOUS by Irene Preston (me!)

Giveaway #2 – Paperback copy of DANCE AWAY, DANGER by Alexa Bourne

Love, romantic suspense?  Check out the new release from my friend Alexa and enter to win one of 3 paperback copies.

Do you like Super Heroes? (me! I do!) Do you like romance? (me!me!me!)  Don’t miss the new The Capes book by Rebecca Royce!

Comments Off on 4 Romance Giveaways from 4 Austin Authors

Filed under Books, Contests Freebies and Give-aways, Events, What To Read

Welcome back to my TBR pile!

For those of you keeping track – I survived the coconut milk experiment!

Today I’m happy to feature two brand new books by my good friend Alexa Bourne.  I just finished Liar, Liar and I’m just ready to dive into Dance Away, Danger.  Alexa writes a beautiful mix of suspense and romance that I’m sure you will enjoy just as much as I did.

She’s also got some fun stuff going on for fans.  Check out the GoodReads Giveaway for Dance Away, Danger and stop by her web-site to learn about her 2014 Danger Challenge (Alexa’s challenging you to get our of your comfort zone and live a little).

Here are the blurbs! 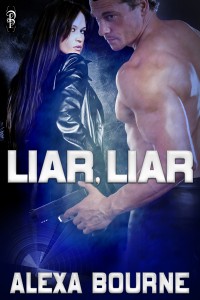 Unable to protect her mother from her father as a child, Devin McQueen has made it her mission as an adult to protect as many abused women and children as she can. The rare moments she’s not consumed with work as a victims’ advocate, she limits her involvements to safe, predictable men….until she meets bounty hunter Grady Cooper. He is big, bold, brash, and has no problem speaking his mind.

Growing up in a broken home, Grady realized early on that good deeds had a price. To survive, he learned to weigh every decision by what he could gain. Unfortunately, the successful, solitary life he’s worked so hard to create spins out of control when demons from his past shake his confidence. His boss has given him one last chance—bring in Devin’s latest client quickly, and quietly and maybe he’ll still have a job. It didn’t sound unreasonable until he met Devin.

Suddenly, Grady must make a decision: save his career or follow his heart?

Sensible dance instructor Tessa Gage likes her life organized, risk-free and on her own terms. When her cop brother goes missing, his crooked partner tries to kill her, and a handsome stranger claims he’s come to protect her, she’s forced to leave her comfort zone. With more dance and business sense than survival skills and no idea who to trust, Tessa has no choice but to rely on this man who’d rather be anywhere but by her side.

When carefree carpenter Matt Rylan gets a late night call from an Army buddy who once saved his life, he finds himself where he never again wanted to be—responsible for someone else. Honor demands Matt cooperate, but he never expects his simple babysitting job to test the limits of his self-control. Nor does he expect it to explode into a race against time for his very freedom.

As Tessa and Matt get closer to the truth, and to each other, Tessa learns to step outside the safety of her world to help set the wheels of justice in motion. For Matt, supporting this courageous woman suddenly becomes everything to him. Yet, his biggest challenge remains sharing his closed-off heart with her before the danger silences them both forever.

Buy Dance Away, Danger on Amazon

Comments Off on TBR Tuesday: Romantic Suspense by Alexa Bourne

Filed under Book Cover Reveals, Books, Contests Freebies and Give-aways, What To Read