I’m so not showing Bones this post. In case you didn’t guess, Carlo’s meatball sub fetish came straight from my hubs. This yummy hoagie recipe from Rebecca Neely looks like something he might love better than me. Rebecca’s brought a tasty excerpt in addition to the hoagie-building lesson and if you make it to the bottom of the page you can find a rafflecopter giveaway! 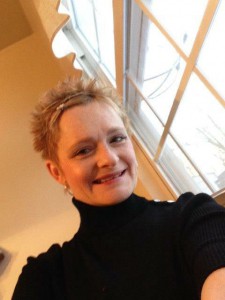 I grew up in my family’s restaurant business, an actual, cool, Mom and Pop style diner. Only at the time, it wasn’t yet retro! In true 1970s fashion, it sported lots of brown and Crayola orange, from the countertops to the paneled walls, to the vinyl covered booths. Design crimes and all, it’s a place that’s part of my soul, and though long gone, lives on graciously in my memory.

What a privilege to grow up in such a place! From the time I was about ten, my brother and I worked alongside my parents, aunt and uncle, cousins and the help, making, on a large scale, tantalizing, from scratch fare, such as spaghetti sauce, (you have to use pork bones), wedding soup, and bread stuffing. Lots of Saturdays, starting at 7am, we did heavy prep, mixing up ingredients in Rubbermaid tubs; pounds of butter, ground meat, celery, onions. We cooked in cast iron and stainless steel cauldrons half my height, stirred with wooden paddles that could’ve doubled as oars. I learned how to work the grill, make salads, and turn last night’s chicken special into today’s soup du jour.

In my book, A MIGHTY GOOD MAN, a lot of the action takes place in a diner, Mighty Ricky’s. It’s fictional, but the Mighty Ricky hoagie isn’t – I grew up making, and eating said sandwiches in my family’s restaurant, under the loving tutelage of my father, a certified hoagie junkie.

A hoagie junkie myself, I’ve come by that love honestly. J Nothing satisfies like the marriage of the chewy, fresh bread, the salty tang of the meats and cheese, and the dressing kissed vegetables.

Loosen your waistband for this one! Grab a knife and fork, and have plenty of napkins at the ready. Enjoy!

HOW TO MAKE A MIGHTY RICKY

In my opinion, the bread makes the sandwich – so get the best hoagie bun you can find. I toast mine lightly under the broiler, so it won’t get soggy.

Heat three to five of your favorite Italian meatballs with sauce. (depending on size; I like to cut mine in half). Pile on one side of the bun.

Top with mozzarella or provolone cheese. The heat of the meatballs will melt the cheese.

On other side of bun, layer lettuce, tomato and onion lightly dressed with Italian dressing, or your own oil and vinegar dressing. Salt and pepper to taste.

“I guess there are advantages to having an aunt who owns a restaurant,” Hank said over a mouthful of hoagie.

“I’d say.” Jack watched intently as she licked a dab of sauce from her knuckle. Hot damn, she made that look good. He wanted to lean in and take a taste for himself. Instead, he settled for another bite of his own sandwich.

“God, I haven’t had a Mighty Ricky in ages.” She took another enormous bite. “These rock.”

“You were pretty jacked up about them yesterday.”

“What do you mean?” She stopped, mid-bite.

“You told me they were one of your most popular sandwiches. I made a few since then, so I decided to see what all the hype was about.” He chewed thoughtfully. “A meatball and an Italian hoagie hybrid.” He swallowed. “Damn. That’s good.” 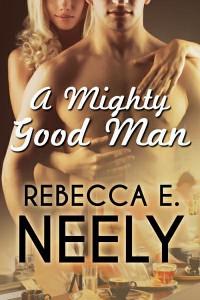 ‘Hank’ Jerry…Her personal and professional life on the skids, a family emergency forces her to return to the small town, and the aunt, she left behind.

Jack ‘Gent’ Darcy…Fresh out of prison, he’s bent on cutting ties with the Creds, but when you’re a war counselor in a national gang, they don’t let you just walk away.

Injured and on the run, Jack lands on Hank’s doorstep, and makes her a proposition she can’t refuse: write his story about life inside one of the most powerful gangs in the country. It’s simple – she’ll get her career groove back, and he’ll bury the gang, then disappear – his version of freedom.

Only problem is, they can’t help falling for each other, and they’ve both got something to hide that could blow up in their faces. With time running out and gang enforcers closing in, will the trust they’ve forged survive the ultimate test?

Where to Buy A MIGHTY GOOD MAN

A Mighty Good Man is FREE on Kindle Unlimited!

See what InD’Tale has to say about A Mighty Good Man.

Raised on a down home blend of Johnny Cash, Jack London, Sherlock Holmes, the Steelers, and all things small town, Rebecca feels blessed to have grown up in a close knit, fun loving and artistic family. Her mother, a voracious reader and scratch cook, and her father, an entrepreneur, English teacher and lover of literature, taught Rebecca and her brother to work hard, aim for the stars, and live life.

With music, books and laughter as constant companions, she grew up working, cooking and eating in the family’s restaurant business. A certified book and hoagie junkie, Rebecca thrives on live music, mysteries and the outdoors. She’s a cheddar enthusiast, lover of cats, teddy bears, hot coffee, cold beer, thunderstorms, the blast of a train’s whistle, the change of seasons, country roads, woodpeckers, spoon rings, cool office supplies, and the Food Network.

She’s a sucker for a happy ending, and strives to write the kind of stories she loves to read—those featuring authentic, edgy and vulnerable characters, smack dab in the middle of action that explodes from page one.