Giveaway, time-travel and Spotted Dick! (I’m not going for that Spotted Richard) Also one author – two writers. The writing team of  Cary Morgan Frates and Deborah O’Neill Cordes (aka Morgan O’Neil)  is here today talking about foodie research into their time-travel romance series. Deb and Cary are giving away a copy of Begun By Time to one commenter. If you make it all the way to the bottom of the page, you can also register to win a $25 Amazon Gift Card! 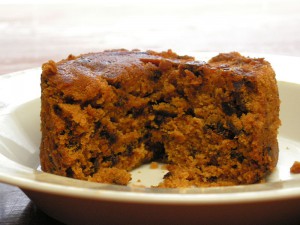 Yikes, what the heck is Spotted Dick? And how does one talk about it in polite company? Spotted Dick is a traditional British pudding made with suet and flour for the dough, to which dried fruit is added, giving the dick its spots. Ye gads, the name has been the subject of much controversy in recent years, with some more delicate souls trying to change it to Spotted Richard! This begs the question, where did the dick come from? No one is certain, but some think it comes from “puddick,” an early form of the word pudding, or it may be a reference to the German dick, meaning “thick.” (!)  Whatever its name or origins, Deb says it’s quite delicious, having had a big helping drizzled in custard sauce in a London pub. (!!) Cary says she’s willing to try it once she stops laughing.

All kidding aside, we delight in immersing ourselves in British culture and history when researching our Elizabethan time travel series. For our newest release, Begun by Time, the Prequel to The Thornless Rose, we had fun delving into the culinary history of World War II England. We were amazed by the resiliency and creativity of British housewives as they dealt with rationing and deprivation. 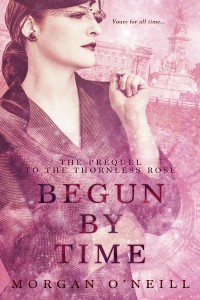 Excerpt from Begun by Time, in which our heroine, Catherine Hastings, shares a wonderful meal with Arthur Howard––and perhaps a date with destiny?

Catherine had a jolly time at The Palace, surprised and pleased that they had the place to themselves. She enjoyed being spoiled by Arthur and the wait staff. Everything was perfect, from the gleaming brass and rich, dark woods of the Victorian decor, to the warmth of a real fire and flavorful food. She particularly enjoyed the dessert they shared, a big helping of Spotted Dick. She declared the pudding tasted positively scrumpy. He pronounced it ambrosial. That made her smile, but when he told her about an American client of his who had been scandalized by the name of the concoction, she blushed furiously and laughed out loud.

“Ah, the Yanks don’t speak proper English,” he said with a wink.

She grinned, shook her head, and took another bite, savoring the mingling of luscious custard and tangy currants.

Arthur’s smile waned, before being replaced by a frown, and she wondered at the sudden change in his mood. “What is it, Arthur?”

“Hold on a moment, love.” He signaled to the waiter hovering nearby. “Please give us some time to ourselves.”

The waiter nodded and retired from the room. They were alone.

Arthur went down before her on one knee. “Catherine, my dearest.”

Oh, my word! This was so soon, so unexpected.

Thank you so much for hosting us today, Irene, and thanks to everyone who stopped by. Happy reading! ~ Deborah and Cary, writing as Morgan O’Neill.

In the final days of World War II, Catherine Hastings meets the man she wants to marry. Flight surgeon Jonathan Brandon isn’t just handsome—he’s everything Catherine could hope for in her betrothed. But her dream of a happily ever after is shattered when Jonnie disappears shortly before their wedding…leaving Catherine bereft, broken-hearted, and with a lifetime of unanswered questions.

Arthur Howard is smitten with the lovely Catherine the moment he sees her. He’s certain he’s found the woman he wants to marry. Yet behind Catherine’s sparkling green eyes is a haunted look—the look of a woman who has known loss. But can he love a woman who still grieves the loss of her fiancé? Now Arthur wants answers about the man Catherine intended to marry.

Where to Buy Begun By Time 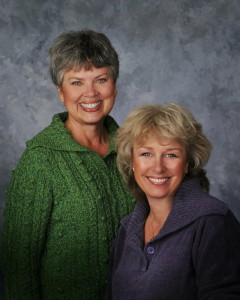 Don’t forget  to enter the giveaway – you just need to comment to be entered for a free copy of Begun by Time! (We’ll leave the contest open through Sunday). Deb and Cary want to know: Bangers and mash, fish and chips, meat pasties, cucumber tea sandwiches, scones and clotted cream, crumpets… What is your favorite British go-to food?