I’m thrilled to welcome Peggy Bird to the blog today. Peggy and I met as launch authors for Crimson Romance  a few short years ago. Peggy’s been quite prolific since then in comparison to my slow self. I think she also makes a better brisket than I do. (pouts). At least she is sharing her recipe.  Don’t forget to check out The Gift of Love at the bottom! 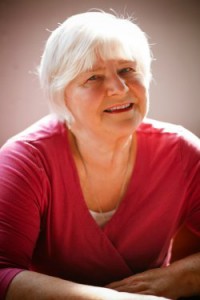 In every romance novel I write, I include a scene where my couple eats a meal together. The reason? I think feeding someone is one of the most intimate and caring things we can do. It engages all the senses and the food doesn’t have to be overtly aphrodisiac to be sensual. Sometimes pasta is sexier than oysters and champagne.

For example, one of my heroes cooked the Italian food his mother taught him to love in childhood. The fact that it brought back good memories for the heroine certainly helped his cause! Another of my heroes put together a romantic picnic at the Oregon coast for the woman he was trying to impress. Even heroine who get called back on duty before she can get the hero to the table eventually had her chance to win over her men with a great meal.

In my latest book, “The Gift of Love,” Isabella Rodriguez invites Taylor, the man who’s been showing her around her new city of Seattle, to dinner in her apartment. She’s Cuban-American and promises a typical Cuban meal. The main dish is ropa vieja. She explains the story behind the meal to him: a poor man makes a meal for his children, adding shredded old clothes to the meager bit of meat he has. Magically, the clothes turn into meat and his children are satisfied.

There’s no magic—or old clothes—in this recipe based on one from Cook’s Illustrated—just good beef brisket and spices. 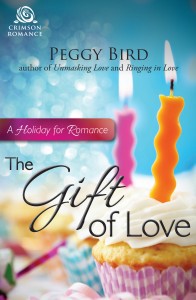 The Gift of Love

Isabella Rodriguez put her life on hold to return to Portland and take care of her ailing parents, but now they’re gone. When her four overbearing brothers confront her insisting it’s time for her to move on with her life and that they’re selling the house, it might just be Bella’s worst birthday ever. Luckily, an unexpected promotion and a transfer to Seattle might mean a bright new future awaits.

Tech consultant Taylor Jordan’s career is on a huge upswing and he’s sure to make partner soon. He has no time and little interest in a personal life, especially after an embarrassing breakup with his last girlfriend. But when he meets the gorgeous Bella at a business mixer, he can’t help but be intrigued.

Sparks fly between them immediately, but when Taylor discovers Bella was behind one of the most humiliating experiences of his life, will they be able to find a future together?

Where to Buy The Gift of Love

I’ve always been a writer: stories when I was a kid, plays for my cousins to perform, terrible adolescent poetry. For the price of a few cigarettes, I ghosted love letters and “Dear John” letters for classmates in nursing school. During a checkered and wildly varying work life, I wrote speeches for politicians, brochures, fact sheets, press releases and newsletters for anyone who asked me to, and the occasional proposal and/or report for consulting clients. On vacations, I wrote memoir pieces, a number of which ended up being published in anthologies and magazines.

A few years ago, I began writing fiction (although writing for a politician is considered by some to fall in that category.) I started out writing what I believed were mysteries but the characters wanted their love stories told instead. Crimson Romance subsequently contracted for the “Second Chances” series of six books set in and around Portland, Oregon and the Northwest. In each of the stand-alone books, one (sometimes both) of the lovers needs a second try at the brass ring to find happily-ever-after. As many of us do. I know I did.