The Texas weather has been so fickle lately, but summer is finally here! Summer to me means fruit, and Lauren Linwood is here with a terrific blueberry pie to share with family over the long Memorial Day weekend. Don’t forget to check out the giveaway at the bottom of the page! 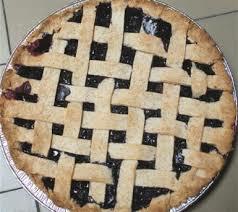 When warm weather hits in Texas, I simply must have fresh blueberries—in my morning Greek yogurt, topping off homemade vanilla ice cream, and especially in a pie or tart. I love the mix of sweetness with tartness together, especially if the pie crust has a hint of cinnamon in it.

In my medieval historical romance A Bit of Heaven on Earth, King Edward III calls upon widowed Elizabeth of Kentwood. She knows the mercurial king has a fondness for tarts, so she has two of his favorites—pear & plum—prepared for his visit. Edward wouldn’t have had an opportunity to taste a blueberry tart from the Kentwood kitchens. They were only known to the Western Hemisphere at that time. He didn’t know what he was missing!

Here’s a simple recipe for a blueberry pie from my friend Mel. How do I know it’s simple? Because I’ve made it! When my engaged daughter got a pie dish at a bridal shower last month, she wanted to give it a spin. What better recipe than this one? Her first effort was so successful, we begged her to bring it again next time we had a family dinner. Hope you’ll test this easy-peasy dessert recipe—and give A Bit of Heaven on Earth a try!

4-5 c. fresh blueberries (about a quart)

-Place 1 crust in a pie plate.

-Combine crumbs & brown sugar in a small bowl; sprinkle half the mixture over the crust

-Weave cut strips into a lattice pattern on top of the pie, pinching them to the edge & crimping 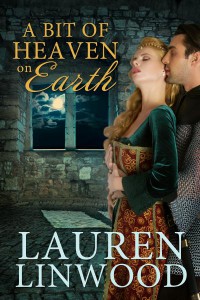 A Bit of Heaven on Earth :

When Gavin of Ashgrove and his closest friend are captured in a fierce battle during the Hundred Years’ War, their captors demand a hefty ransom from their fathers for their return. Robert is quickly set free, but Gavin’s father refuses to pay for his son’s release, leaving him to rot in a squalid French prison. Aided by a sympathetic priest, he escapes and returns home to England, only to find he has been proclaimed a bastard and disinherited.

With nowhere to turn Gavin journeys to Kentwood, where he fostered as a boy, hoping Lord Aldred will take him on as a knight in his guard. The old warrior is close to death, but he soon realizes Gavin is his son. Aldred plots to have Gavin inherit Kentwood and marry his much younger wife, Elizabeth, a famed and opinionated beauty who remains a virgin after a decade of marriage.

Will the king recognize Lord Aldred’s first request of a marriage between Elizabeth and Robert, uniting Robert’s estate with Kentwood—or will the temperamental Edward reward Aldred’s years of service and honor a dying man’s final request? 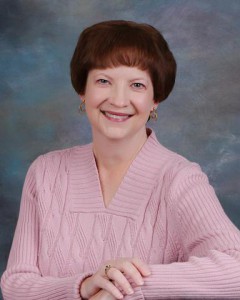 Lauren Linwood’s historical romances use history as a backdrop to place her characters in extraordinary circumstances, where their intense desire for one another grows into the treasured gift of love. Her romantic suspense novels feature strong heroes and heroines who unite to defeat a clever antagonist and discover a deep, abiding love during their journey.

A native Texan, Lauren is an avid reader, moviegoer, and sports fan who manages stress by alternating yoga with long walks. She plans to start a support group for House Hunters addicts—as soon as she finishes her next piece of dark chocolate.