I love curry. Thai green curry with coconut milk is my fave, but I’m not sure I’ve ever met a curry I didn’t like.  Until recently, I had no idea how popular curry is in the UK. Helene Fairfax is here today to explain the whole thing to us. Don’t forget to check out Helena’s book, A Way from Heart to Heart. If you scroll all the way to the bottom of the page, I’m probably giving something away! 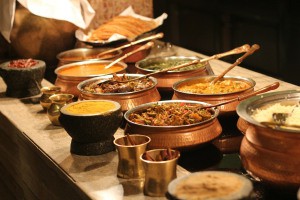 I live in the north of England, near the city of Bradford – a city which for the past four years has been crowned the so-called Curry Capital of Britain. Curry is one of the most popular dishes in the UK, and also one of my favourite meals. It seems a bit of a cheat to choose a loose term like “curry” for my favourite food, since there are thousands of different types of curry, and this is just a generic term for spicy food originating in Asia. In the US, I believe a curry restaurant is called an Indian restaurant, but in reality curries come from many different countries, each with their own specialities. In the Bradford area, most curry chefs are from Pakistan, and in my particular area, they are mainly from the Bangladesh region.

People from India and Pakistan started coming to the Bradford region in the nineteenth century, to work in the woollen mills. Their cuisine has left such a lasting impact that curry has now become the national dish of England – and in particular, a curry called Chicken Tikka Masala. In fact, Chicken Tikka Masala is never found in Asia – it’s an Asian/British hybrid recipe, and just shows how our cultures have become enmeshed one with the other over the years. 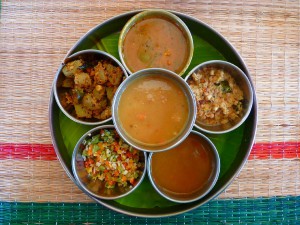 Bradford’s cuisine has become synonymous with curry, but there are other cities in the UK that hotly contest the Curry Capital crown each year. Glasgow is one, and also Birmingham. Manchester has a whole street of curry houses known affectionately as the “Curry Mile”. I’ve had many an excellent meal on the Curry Mile, as well as on Brick Lane in London’s East End, which is also famous for its curry restaurants. If a Londoner asks you if you “Fancy a Ruby?” it’s short for “Ruby Murray,” and cockney rhyming slang for curry. (Ruby Murray is a singer from the fifties.) “Going for a Ruby” is such a common term in London that many London curry restaurants are actually called “The Ruby” – another example of how our cultures have entwined.

Curries are quite often very cheap meals and for a long time they had a working-class image. Even now “curry houses” are often found in the more downmarket end of town, but this is absolutely no reflection on the quality of the food. Don’t be fooled by the cheap price and the locale. The chefs are often superb, and I’ve had much nicer meals in some of these curry houses than in far more expensive restaurants.

In my new release, A Way from Heart to Heart, I have the hero and heroine go out for the evening to a curry restaurant in a rundown area of London. The heroine is surprised at the hero’s choice – she always thought he was more a guy for fancy restaurants. She’s even more surprised when the waiter turns out to be a good friend of his. It’s the first of many surprises for the heroine as the story progresses. 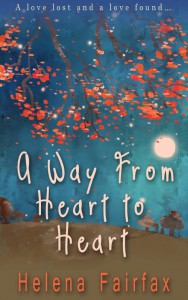 A Way from Heart to Heart

A novel about friendship, loss, and the human heart’s enduring capacity for love…

After the death of her husband in Afghanistan, Kate Hemingway’s world collapses around her. Her free time is spent with a charity for teenage girls, helping them mend their broken lives – which is ironic, since her own life is fractured beyond repair.

Reserved, upper-class journalist Paul Farrell is everything Kate and her teenage charges aren’t.  But when Paul agrees to help Kate with her charity, he makes a stunning revelation that changes everything, and leaves Kate torn.

Can she risk her son’s happiness as well as her own?

Where to Buy A Way from Heart to Heart 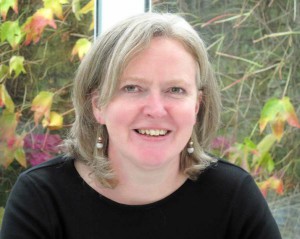 Helena Fairfax writes engaging contemporary romances with sympathetic heroines and heroes she’s secretly in love with. Her first novel, The Silk Romance, was a contender for the UK’s Romantic Novelists’ Association New Writers’ Scheme Award and a runner-up in the Global Ebook Awards. Helena was also recently shortlisted for the Exeter Novel Prize.
Helena is a British author who was born in Uganda and came to England as a child. She’s grown used to the cold now, and these days she lives in an old Victorian mill town in the north of England, right next door to the windswept Yorkshire moors. She walks this romantic landscape every day with her rescue dog, finding it the perfect place to dream up her heroes and her happy endings.

This article originally appeared on HelenaFairfax.com

Comments Off on Helena Fairfax: “Going for a Ruby”: Why Chicken Tikka Masala is England’s National Dish