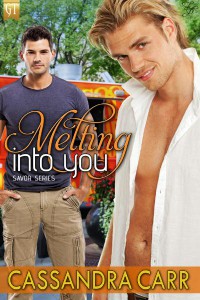 Hi everybody! I’m Cassandra Carr, and I’m going to talk to you today about macaroni and cheese. *Yawn*, you say. Nay, I say. For lowly macaroni and cheese can be elevated to a culinary art form- provided you have a great recipe.
The first two books in my new Savor Series revolve around a food truck named Macarollin’. Guess what they sell? During the course of writing the books, I, of course, had to do research into possible combinations for mac n cheese to see what the truck might have on the menu. Here are some delicious combinations I found:

And there you have it. Five delicious, proven recipes. For more, pick up Melting Into You, at the following links:

Seth Mason’s life as a macaroni and cheese food truck owner in Austin, Texas, is pretty good, except for one thing: he’d like to find a man to share that life with. As part of an organization Seth founded, he donates leftovers to the local homeless shelter, and meets Ben, a new employee. He’s a preppy guy, and very much not Seth’s usual type, but the attraction is strong and not going away.

Ben’s just moved to Austin from Connecticut to take a job as a case manager at the Austin City Mission, the first time he’s left home and family. But only a short time after he starts work, he meets a man who, though he looks like an extra in a surfing movie, intrigues him. He’s hardly seen what life in Austin has to offer, and yet finds he wants to discover that with Seth’s help.

The passion burns hot between them–hotter even than Austin in the dog days of summer, and neither man can deny it. As they grow closer, both must decide if they have the necessary ingredients for lasting love, or if the relationship will go up in smoke. 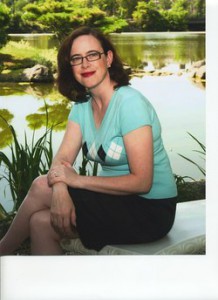 She thinks the best part of being a writer is penning stories about love and sex while most others struggle with commutes, micro-managing bosses and cranky co-workers.