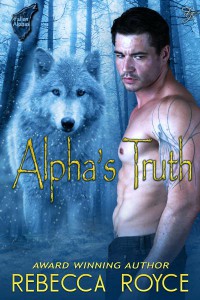 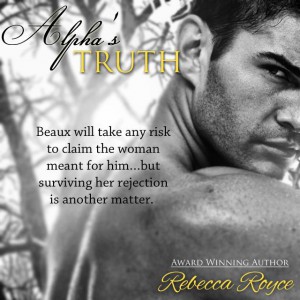 The moon shone over the land, illuminating the night-drenched terrain before him as though it were daylight instead of minutes past midnight. Beaux Nelson padded forward on four feet, his nose lifted to sample the winter air. In his wolf form, he tasted all the flavors on the breeze. The snow on the ground possessed a gentle sweetness, winter’s kiss not yet disrupted by the pollution of humans. Undoubtedly, they would soon spoil the purity of the season’s white blanket.

He scented the pine trees, the fir, and the spruce, all tangled together on the wind. Their unique aromas tickled his nose. Nearby, bats flew, whipping their wings on the wind as they left their caverns. His ears picked up the whoosh of their passage as they danced through the night.

Beaux raised his head for a moment to smile at the moon in her fullness. He would need the blessing of his creator to live through the night. More and more warmth flowed through his body the longer he stared. The moon’s blessing coursed in his veins, granting him the strength to do what needed to be done.

He would rescue his mate.

At long last, Lake would be free of her captors, and those who had harmed her would pay. Their blood would flow through the caverns before the morning came.

The irony of the True Believers bringing Lake—finally—to Montana, his home territory, hadn’t escaped him. Beaux had followed her trail everywhere—Maine, where some local lone wolves went above and beyond the call of duty when they spotted her by attempting rescue at considerable personal cost. From there, her captors fled across the country to California, where she lost her female-werewolf totem necklace. It had been found by the Napa Valley’s Alpha after an attack by the True Believers. From California, they angled south to the Gulf and the city of New Orleans, where witnesses reported a woman matching her description actually running down the street of Napoleon Avenue before being recaptured by men who got out of a black van, wielding guns. The bold daylight attack had incensed the local human authorities.

All the places they took Lake, Beaux had found them—always one step behind, one day too slow. He growled, baring his teeth at the cavern he would soon enter. If Lake’s brother had told him of her kidnapping one day earlier, everything might have happened differently.

Beaux was a tracker. It had taken him longer to hunt down his mate than it had taken him to catch any other prey. Locating Lake, rescuing her, and bringing her home was the most important challenge of his life. He. Would. Not. Fail. Again.

He cocked his head to the side, the signal to his pack it was time to move forward. He longed to howl, to announce to the moon their battle had begun. But making any noise would tell the humans inside of their arrival as well, and, since he trusted the moon already knew his plans, he saw no reason to give away the imminent battle to his enemies.

Silence remained vital until he entered the cavern. The time for howling would come later, when his mate stood at his side and his enemies lay defeated and destroyed.

He padded forward, glancing at the moon one last time. Mother and Father Moon, she and he who guide us, I ask for your blessings on our battle. I place my life and that of my pack in

your hand. It will be a glorious battle to do honor to your name and to reclaim the mate you have gifted to me.

With one last entreaty, he ran forward. His pack would be in place. Normally, on full moon nights his pack embraced the night together, running, hunting, living as the animal residing within them.

Tonight, his people had to stay human in their minds while their bodies remained fur-covered. As Alpha, it was his job to keep the pack from going fully animal. Whatever energy he sent, his followers would behave accordingly.

Beaux trusted every single one of them with him life. They had honored him when they decided to give him the gift of serving them as a leader during his time here on earth.

They were his family and had all gladly volunteered to lay down their lives for Lake, if it came to it. He would do the same for any of them if they needed.

Pack fought for each other. At least, his pack did.

He charged. Lewis and Clark Caverns State Park featured a number of ancient caverns accessible for tours for the public. The True Believers had brought his mate to one of the caves not available for regular viewing. The cavern was remote, hard to get to, and hidden away from all of the trails.

The secret nature of the place worried him. What did they want to do with her here? He didn’t smell lab equipment, which is what the other, more public places she had been held, contained. Were they planning on killing her? Leaving her to die? Why here? Why now? Why on his territory?

Answers would have to wait. He tested the air, bringing her cinnamon and vanilla essence into the forefront of his mind.

Once he caught her scent, he never lost it. For the rest of his existence, he would always be able to find her—especially in his own territory.

He doubted her captors’ motivations included drawing him out. To do so would require awareness of his existence. Lake never claimed him as her true mate. In fact, she’d drugged him to get away before they could discuss it. Anything could happen under torture. She might have told them about him. However, as a target for attack, he didn’t warrant much attention from the True Believers.

Her brother would be, in their view, a high profile kill.

Beaux growled. Maybe he should let them have Cyrus. It would be fitting payback for the way Cyrus neglected her safety.

Two men stood guard at the entrance. He could smell the rank stink of gunpowder. Their weapons had been recently fired. If Lake were hurt, he would hunt down the perpetrators’ families and eat them alive—sink his canines into their soft human flesh and tear them into unrecognizable shreds.

Maybe he’d do it anyway. Just for fun.

Where to Buy Alpha’s Truth:

Make sure to visit Rebecca at any of the sites below!