I’m fascinated by things that aren’t what they seem, so when Taryn Kincaid promised me a “mock” potato recipe, I was all ears.

I don’t have anything else to say…I want to get to it!

Oh, wait! Don’t forget to check out Taryn’s new book If You Can’t Stand The Heat at the bottom of the page. It’s another foodie in the Fated Desires Give Me a Taste line – and it is hot!

Oh, and if you scroll all the way to the bottom you can still enter for a $25 gift card I’m giving away soon! 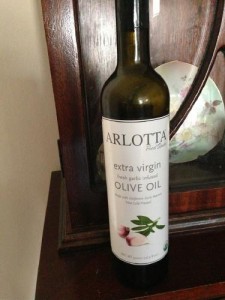 Does anyone not love mashed potatoes? They are one of my comfort foods of choice. But lately, like most people, I’ve been trying to limit the starchy carbs.

You know those people who tell you to cut out everything white? They’ve either forgotten about cauliflower or they are just plain missing out.

I am not much of a veggie person. Or at least I haven’t been in the past. But a couple of new gourmet take-out places on my block have opened my eyes. One of them makes fabulous roasted cauliflower that tastes to me as if it has a sprinkle of cinnamon. They deny that and insist it’s just tarragon and a little oil. Maybe. Whatever it is, they’ve got me eating mass quantities of cauliflower for the first time in my life.

The other place makes Mashed Cauliflower. Honestly? The first time I sampled a spoonful in the store, I thought it was mashed potatoes. I was in heaven.  According to them, once again, just olive oil.

I’ve since found tons of recipes with all sorts of variation on the web. I’ve pinned a few on Pinterest. One recipe calls for cream cheese and Parmesan, but to me that sort of defeats the purpose.  The most basic, simple recipe is boiled cauliflower, a little pepper, a little olive oil or butter. When I posted my new discovery on Facebook, my old college roommate suggested softening the cauliflower in broth. And that would be why she’s a Phi Beta Kappa.

It’s fun to experiment. Here’s the basic recipe. Add what you want!

1 medium head of cauliflower, cleaned and cut into pieces.

Boil in saucepan with enough chicken broth and/or water to cover. (I reserve some of the broth for mashing!) When very soft (at least six minutes), drain off the liquid, but don’t let the cauliflower cool down.

Place in mixing bowl.  Add 1 tbsp. of extra virgin olive oil (I use an olive oil infused with garlic.) and the reserved broth.

At this point you are pretty much done.  But you can also add all the stuff you’d add to your mashed potatoes: a little ground black pepper, a little garlic (try that roasted!), a little skim milk, milk or cream,  depending on how calorie conscious you are.

Mash with a fork, or a potato masher if you still have one of those, or put it through a food processor.

If you like, grate in some Parmesan or gruyere, throw in a tablespoon of butter, garnish with chopped chives.

But I promise you: All you really need is the cauliflower and some olive oil! 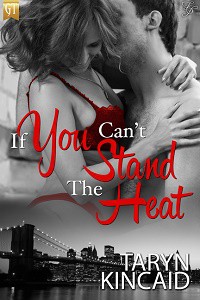 If You Can’t Stand the Heat

Derek Dunne is a Cordon Bleu-trained food critic for the prestigious New York Monitor, whose scathing review of a popular Italian bistro has driven away all but the most loyal neighborhood patrons.

Lucrezia Serafina DiCicco is a clumsy business school drop-out, working as a chef and scrambling to keep her family’s restaurant afloat, after her father develops diabetes and is banned from his kitchen for his own good.

Now, with The Monitor folding, Derek is searching for his next career path and longing to get back to his first love—cooking—while Lu is desperate for an influx of cash to save the struggling restaurant…even as her father puts his foot down about non-family employees.

Derek and Lu embark on a marriage of inconvenience to save the restaurant. But can Lu ever really trust the man who nearly destroyed her family, once noted her initials spelled “LSD,” and her food was like a “bad trip?”

Or will it be their hearts on the chopping block?

Each morning was harder than the last, a torture fest that tested her willpower to the max.

She’d wake to aromatic tendrils of rich, perfectly-brewed coffee tickling her nose. The sublime sizzle of bacon would whisper in her ears like a lover, the enticing smell quickening her steps before she even managed to slide her feet into her flip-flops, drawing her toward the kitchen. The fragrance of whatever else he was cooking up luring her to him before she could knot the belt of her robe.

And then there was the man himself, his loyal pooch by his side, the canine’s face buried in his food dish and emitting contented purrs more worthy of a cat. But Derek. Oh. Holy cannoli.

She remembered the “Derek” character on the TV show Grey’s Anatomy, dubbed “McDreamy” by the women on the show. Derek Dunne made that guy look like a bad clam.

Standing at the stove, barefoot and naked except for a pair of boxers, he made her mouth water more than any culinary concoction he could possibly cook up. And he was a damn imaginative and inventive chef. The way he’d been in bed.

Taryn Kincaid reads the back of cereal boxes and everything else that stands in her way. She writes HOT and sweet paranormal, historical romance and contemporary romance, sometimes spiced with a little humor or a lot of snark. She enjoys pinching and tickling words until they scream.

Coming soon…RAIN, a Beyond Fairytales story for Decadent Publishing; and HER CAPTAIN, a Tempting Signs story for Fated Desires, coming in December, 2015.

Tagged as cauliflower, contemporary romance, fated desires, Give Me a Taste, If You Can't Stand the Heat, potatoes, side dishes, Taryn Kincaid, vegetables