Warning: Declaration of Share_Kindle::display_preview() should be compatible with Sharing_Source::display_preview($echo = true, $force_smart = false, $button_style = NULL) in /home/customer/www/irenepreston.com/public_html/blog/wp-content/plugins/send-to-kindle/jetpack.php on line 67
 Shiny New Cover: A TASTE OF YOU | Irene Preston
August 29, 2014 · 12:30 am

Shiny New Cover: A TASTE OF YOU

LOOK AT MY NEW COVER! And you know what a new cover means….NEW BOOK!

I’ve been sitting on this news until I can’t stand it any more. This book will be a part of the Give Me A Taste foodie line from Fated Desires.  The cover art is by Syneca at Original Syn and I’m just in love with it.  I can’t wait for you to meet Carlo and Garrett.  Scroll down past the cover for a peek at the blurb! 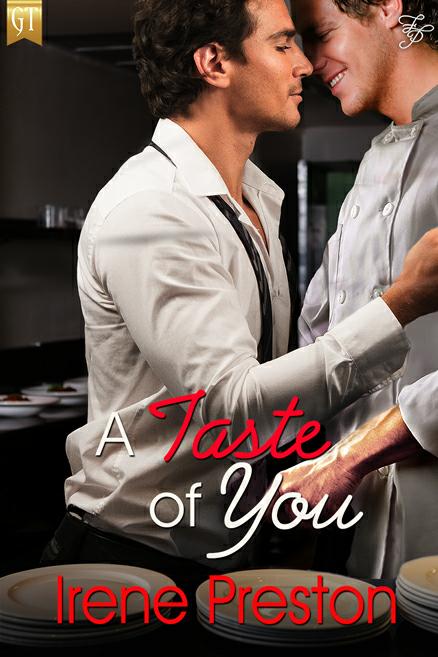 Garrett Ransom is America’s hot chef du jour. He has a Michelin-starred restaurant in New York City, a hit reality TV show, and a new man in his bed every week. Yes, he secretly thinks his business partner, Giancarlo “Carlo” Rotolo, is hotter than a ghost pepper, but he would never jeopardize their friendship with a fling. Then Garrett overhears some juicy gossip among the crew and realizes he’ll have to break Giancarlo’s cardinal rule, no banging the staff – for Carlo’s own good, of course. Just a taste of Carlo should be plenty. Long-term relationships aren’t on Garrett’s menu.

Giancarlo’s been in love with Garrett forever. He’s sure Garrett will eventually realize they are destined to be more than business partners. But when Garrett installs his latest boyfriend as their new chef d’cuisine and announces plans to leave Carlo in New York while he opens a second restaurant on the west coast, Carlo is forced to re-evaluate his life.

Can a high-strung British chef and a nice Italian boy from Brooklyn find the perfect fusion of fine-dining and family-style?

PRE-ORDER A TASTE OF YOU

Add A Taste of You to your GoodReads “Want to Read” list!

Comments Off on Shiny New Cover: A TASTE OF YOU